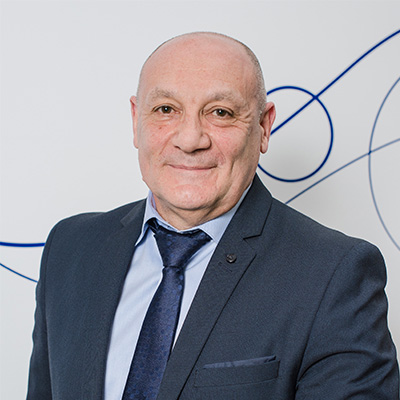 Patrice Guyet joined the Company in 2001 and is currently Director of Operations, in charge of the Purchasing, Scheduling, Methods, Quality, Production and After-Sales Service departments.
He spent the early part of his career in production, his core profession. His career progressed at EURINTEL until he became part of the "Production" and "Methods" departments management team, a position he held for 12 years. Upon joining the Company, he took responsibility for Production and Purchasing. In 2005, he became Administrative and Finance Director.
From 2006 to 2015, he was concurrently the Chief Executive Officer of CEVAM, a Group subsidiary.
He successfully concluded the merger of INTRATONE TELECOM and COGELEC, as well as the creation of international subsidiaries (in Germany and England).