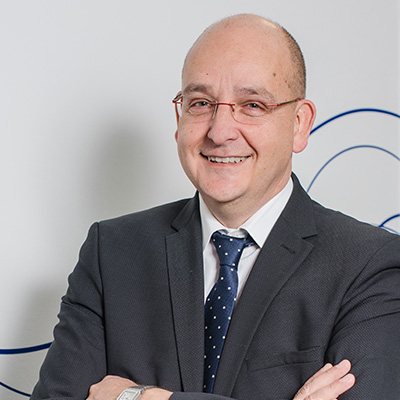 Director, Chairman of the Board of Directors and Chief Executive Officer

Roger Leclerc joined the Company in 2001 and is currently Chief Executive Officer.
In 1989, at the age of 25, he created FDI Matelec, also specialising in access and door entry systems. Following a rapid expansion, combining economic performance and commercial success, he sold 75% of this company to the Italian group, Urmet, in 1994, and remained as Chief Executive Officer until 2000.
He has a technical background and worked in various companies between 1983 and 1989: he worked in mechanical design in CMGP's design department, in acoustic design at SIARE (Audax Group), then in access control equipment design at CFD Electronique, where he designed numerous products for the security division of ALCATEL ISR.
Having spent his entire career in the access control sector on the multi-unit dwellings market, Roger has a very detailed knowledge of the market, the players and the products / services. This sectoral expertise coupled with his profile as both engineer and salesman, allow him to steer the Design Office and master the offer of COGELEC.